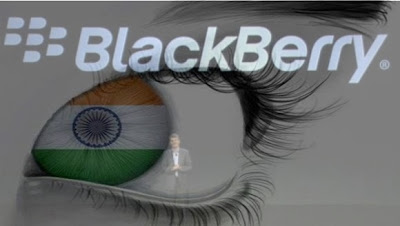 Government agencies in India are now allowed to access your blackberry devices directly, allowing them to track conversations, emails and attachments sent between Blackberry devices on a real time basis.


Times of India reports that according to a leaked government document, government agencies will be able to track and read every typed word on Blackberry devices

This access will allow the agencies to spy on users activities such as browser history, chats, which site was visited, if the email has been sent, read or received.

In 2010 Indian government had asked for similar access but when denied by BlackBerry authorities the country had threatened to impose a ban on Blackberry devices, saying that in order to prevent terrorist attacks and catch the suspects, it is vital for the secret services to gain access to such devices.

Indian government is following footsteps of US authorities like they did with NSA’s PRISM project as according to speculations Apple will now become the focus of the Indian government’s attention. Earlier Apple said that all conversations on its iMessage and Facetime services use end-to-end encryption, hence no one except the sender and receiver can make sense of them.

Indian version of PRISM , surveillance project, called Central monitoring system (CMS) will allow the government to monitor online and telephone data of citizens. But the primary concerns raised by experts is the sheer lack of public information on the project.


Related:
Entire government of Luxembourg resigns after spying and corruption scandal forces its prime minister to quit
The NSA’s Massive Data Center Is Coming Online Ahead Of Schedule — And It’s More Powerful Than You Thought