Veterans With PTSD Caught in The System 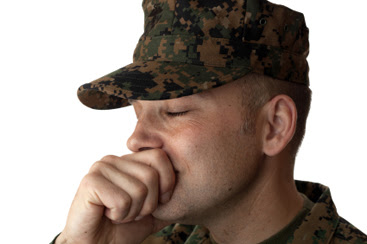 An unfortunate industry trend on the rise is the number of veterans involved in the criminal justice system – approximately 10 percent of people who are incarcerated at any one time are estimated to be veterans.


With many of them suffering from PTSD, mental illnesses or substance abuse problems, several national initiatives and treatment programs have surfaced to help prevent unnecessary incarceration when possible.

One of the biggest trends to surface is the move toward using more evidence-based, recovery oriented treatments instead of the old “psychiatric treatment as usual” model. The VA system has made a concentrated effort to train clinicians in evidence-based therapies for PTSD and other mental disorders. One of the evidence-based treatments is called “Prolonged Exposure Therapy” which was developed by Dr. Edna Foa and others specifically for the treatment of PTSD. Another is Cognitive Processing Therapy. Both treatments include elements of exposure to the traumatic memories but their names really explain what they do.

As with any systematic change, there are roadblocks to overcome. One of them has been hiring enough qualified clinicians to be able to offer the evidence-based therapy, which is more intense than other treatments. Another roadblock is getting those clinicians trained and certified to offer the therapies. Yes, the VA requires certification in addition to the required license. There has also been some resistance to change from clinicians who are being asked to change the way they have been doing the job for many years. At Kaplan University, for example, professors are making a concerted effort to educate students on the shift by sharing real world experiences from mental health service through discussion boards and live seminars, allowing students to hear about veteran issues, forensic concerns and the latest in mental health treatment.

A systematic barrier that one might not know about is the regulation that prevents VA clinicians from providing treatment to veterans while he or she is incarcerated. That makes it even more important to reach veterans prior to incarceration, prevent incarceration if appropriate, and engage them in treatment after release.

In order to reduce the unnecessary incarceration of veterans, the VA began an initiative called the “Veterans Justice Outreach Initiative.” The initiative uses a sequential intercept model that attempts to connect with veterans before, during, and after involvement with the justice system. Veterans Justice Outreach Specialist do outreach to veterans who are incarcerated (pre-conviction) and work with veterans after being released. They also provide education to law enforcement, court personnel, and probation officers regarding the treatment options available to veterans through the VA system. read more