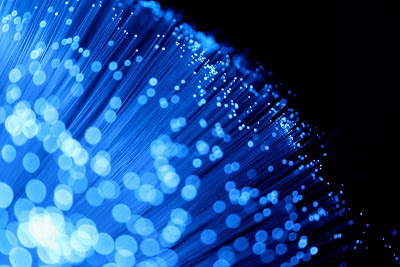 Deals brokered between federal agents and foreign corporations have allowed the United States government to easily intercept and interpret a vast swath of communication data sent around the world, new documents reveal.


In a National Security Agency slideshow obtained by The Washington Post and attributed to NSA leaker Edward Snowden, the US government encouraged analysts to tap into an array of underwater, fiber-optic cables that serve as conduits for around 99 percent of the world’s internet and phone traffic.

The report, published by the Post’s Craig Timberg and Ellen Nakashima, explains how NSA slides leaked by Snowden reveal yet another surveillance program undertaken as an alleged counter terrorism measure but at the cost of putting the privacy of millions, if not billions, of people at risk.

According to that report, the US government sent a team of attorneys from a number of alphabet soup agencies — including the Federal Bureau of Investigation and the Departments of Defense, Justice and Homeland Security — to oversee post-9/11 efforts that would ensure most intelligence sent throughout the world could be collected by American agents.

“Among their jobs, documents show, was ensuring that surveillance requests got fulfilled quickly and confidentially,” the journalists wrote.

That much, the Post alleges, was accomplished by maintaining “an internal corporate cell of American citizens with government clearances” within the ranks of the foreign companies that control the fiber-optic cables carrying most telecommunications data around the world. One of those entities was Asia’s Global Crossing, and the US moved quickly to infiltrate its roster of employees shortly after 9/11.

The post writes that the “Network Security Agreement” signed between Global Crossing and the US in 2003 was one of the first major contractors giving the US the power to tap into these major telecom pipes, and in the decade since countless others have been authorized. In that instance and others, federal attorneys cooperating under the name “Team Telecom” compelled foreign owners of these cables to comply with American requests for information.

In the case of the Global Crossing contract, the US had the firm sign off on a deal that assured American intelligence agents could call up the company and be at a US-based “Network Operations Center” in only 30 minutes to monitor and collect data. And while laws exist in order to allegedly provide safeguards to protect the privacy of Americans, the Post says that doesn’t stop American agencies from being able to collect that data nonetheless.

“As people worldwide chat, browse and post images through online services, much of the information flows within the technological reach of US surveillance. Though laws, procedural rules and internal policies limit how that information can be collected and used, the data from billions of devices worldwide flow through Internet choke points that the United States and its allies are capable of monitoring,” the Post writes. Along with the PRISM program disclosed by Snowden last month, tapping into these cables gives the US the ability to monitor essentially any communication that passes near the US.

The Post notes that both PRISM and the “Upstream” program that pulls from underwater cables intend to only target communications in which one part is believed to be outside of the US, but government agencies are unwilling to say how many Americans have incidentally or inadvertently entered the radar of the NSA. Previously, though, members of the United States Senate have used phrases like “profoundly appalled” to predict how Americans would likely react if they knew the full extent and scope of their country’s surveillance programs.

In the wake of Snowden’s disclosures that first began surfacing last month, the NSA, President Barack Obama and his administration have all celebrated the surveillance programs as necessary implements in the war against terror. The White House maintains that the practices are legally authorized through both the Foreign Intelligence Surveillance Act and the post-9/11 PATRIOT Act, but continue to draw criticism from the public and politicians alike. Snowden, 30, is seeking asylum to avoid prosecution in the US where he is accused under the Espionage Act.