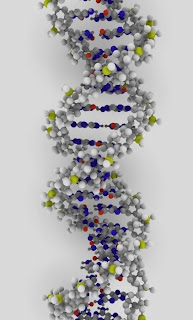 Genes make up the roadmaps of our bodies, revealing exactly how we function. Controlling these genes could allow us to learn more about them, possibly revealing new insight into diseases.


Now, researchers may have a way to do so. Scientists have developed a technique that can rapidly or halt the expression of any gene of interest simply by shining light on the cells.
Human cells have an estimated 20,000 genes. Yet only a fraction of these genes are turned on at any given time, depending on the cell's needs. Because of this, researchers need a way to manipulate the status of these genes to figure out exactly how they function. This latest method gives them the perfect tool to do so.

"Cells have very dynamic gene expression happening on a fairly short timescale, but so far the methods that are used to perturb gene expression don't even get close to those dynamics," said Silvana Konermann, one of the researchers, in a news release. "To understand the functional impact of those gene-expression changes better, we have to be able to match the naturally occurring dynamics as closely as possible."

The new technique is based on something known as optogenetics, which uses proteins that change their function in response to light. In this case, the scientists adapted the light-sensitive proteins to either stimulate or suppress the expression of a specific target gene almost immediately after the light comes on. More specifically, the method consists of several components that interact with each other to control the copying of DNA into messenger RNA (mRNA), which carries genetic instructions to the rest of the cell.

The scientists found that a single pulse of light was enough to stimulate protein binding and initiate DNA copying. Pulses of light delivered every minute or so were the most effective way to achieve continuous transcription for the desired period of time. In all, they targeted nearly 30 different genes and were able to boost transcription by a factor of two to 200.

"You could control, at precise times, a particular genetic locus and see how everything responds to that with high temporal precision," said Karl Desseroth, a professor of bioengineering at Stanford University, who was not part of the new study, in a news release.
The new method could allow researchers to better understand specific genes and their function.