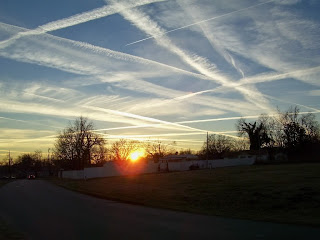 Back in the 1960's, quiet scientific dialogue began about global climate change and how it can be manipulated.

What might have turned into a productive discussion of responsible protection of Earth's climate and ecosystem had eventually evolved into a mad, controlling science experiment. By the 21st century, jumbo jets were being deployed to drop billions of dollars of nanosized aluminum and other particles into the skies. In attempts to reflect sunlight away from the Earth and cool climate temperatures, this science experiment has exploited populations of people to mass amounts of airborne metals that are literally raining down and poisoning everyone, slowly, subtly.

According to neuro-surgeon Russell L. Blaylock, the nanosized aluminum particles found in chem-trails are contributing heavily to degenerative disease today.
Like in bio-engineering, where scientists rewire the DNA of crops, creating genetically modified foods, geo-engineering is the global attempt to manipulate the sun and Earth's climate. In both mass engineering operations, "professionals" try to play "God," but it's a given - nature and natural processes cannot and were never meant to be controlled. 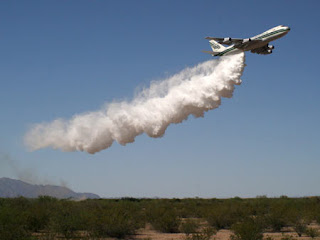 As the reality of geo-engineering takes hold and as the consequences mount, it's never too late to stop the madness and work together for real grassroots environmental conservation. As these geo engineering experiments utilize military jumbo jets to unleash massive amounts of nanosized aluminum, strontium, and barium particles into the atmosphere, many may wonder if the global warming debate is just political distraction to gain public acceptance for the geo-engineering tactics. Many people are beginning to feel that these chem-trails are secretly employed to control and depopulate.

After all, millions of unknowing people have become victims to these mass sprays, as they've become like fish in a bowl. Check your skies for chem-trails.
The effects of greenhouse gases are real, but when did any group, government, or billionaire gain the authority to use jets to pour massive amounts of elements on unsuspecting populations of people? As much as their research sounds accredited, they have no moral authority and they have no idea what they are destroying as soil and plants soak up the mass sprays falling on them.

The desire to experiment with the skies 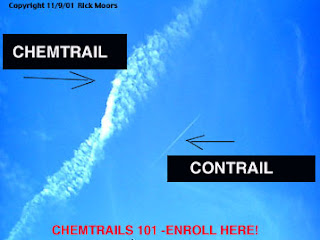 When quiet discussions about climate change erupted in the 1960's, scientists began tossing around ideas to combat global warming. By introducing sunlight-reflecting particles into the atmosphere, they could increase reflectivity slightly, counteracting heat-trapping gases, and thereby cooling the planet.
Colombian Dr. Broecker's idea was to introduce sulfur dioxide into the stratosphere in the 80s. By 2006, Dr. Crutzen, a Nobel laureate from the Max Planck Institute began publishing reports on how that might work to cool the planet.
One of the main inventors of the hydrogen bomb, Edward Teller, thought that, "Injecting sunlight-scattering particles into the stratosphere appears to be a promising approach and wrote to The Wall Street Journal, "Why not do that?"

The consequences of mass spraying, according to neurosurgeon Russell L. Blaylock

According to neurosurgeon Russell L. Blaylock, degenerative disease, especially neurological disorders like Alzheimer's are growing at an alarming rate, due in major part to the mass spraying of nanosized aluminum into the atmosphere.
According to medical literature, nanosized particles are "infinitely more reactive and induce intense inflammation in a number of tissues." 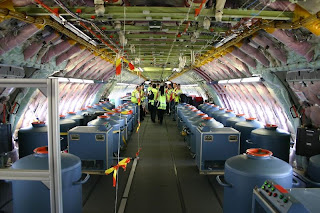 Dr. Blaylock states, "Of special concern is the effect these nanoparticles have on the brain and spinal cord, as a growing list of neuro-degenerative diseases, including Alzheimer's dementia, Parkinson's disease, and Lou Gehrig's disease."
Blaylock explains further that aluminum nano particles can easily penetrate the brain through the blood and olfactory nerves in the nose. Passing through the olfactory neural tracts, aluminum particles easily penetrate the area of the brain most affected by Alzheimer's disease.
Furthermore, in Alzheimer's cases, this part of the brain has shown to contain the highest level of aluminum! 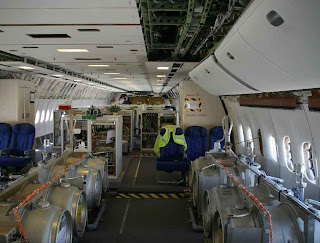 The aluminum particles also enter the body through the respiratory system, where they have been shown to cause tremendous inflammation in the lungs, further aggravating conditions like asthma and pulmonary diseases. Due to their small size, the aluminum particles can even enter the gastrointestinal tract and can disperse into many other organs and tissues in the body, including the spinal cord.
As a neurosurgeon who interacts daily with neurological disease, Dr. Blaylock addresses states his objections to the global spraying of aluminum into the skies, "Steps need to be taken now to prevent an impending health disaster of enormous proportions if this project is not stopped immediately. Otherwise we will see an explosive increase in neurodegenerative diseases occurring in adults and the elderly in unprecedented rates as well as neurodevelopment disorders in our children. We are already seeing a dramatic increase in these neurological disorders and it is occurring in younger people more than ever before."

Sources for this article include:
consciouslifenews
globalresearch
infowars
carnicominstitute
nytimes

Related:
The 'elite' of this planet knows something we don't?
Our children don’t want to live under the New World Order

Email ThisBlogThis!Share to TwitterShare to FacebookShare to Pinterest
Labels: chemtrails