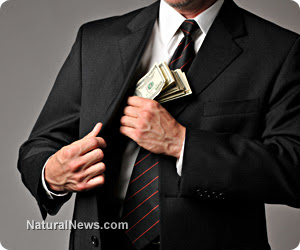 If you didn't know any better, you might think that our nation is in its death throes, based on the number of scandals that have broken in the past four or five years and the fact that the behavior of too many of our elected - and appointed - officials ranges from the disgusting to the criminal.


Among other violations of the Constitution and the public trust, the Obama administration has refused to enforce certain laws with which the president simply disagreed; ran a botched gun-walking operation into Mexico called "Fast and Furious," in which a U.S. border agent was killed with one of the guns; has expanded an NSA domestic spying operation begun under the Bush administration (under provisions of the USA Patriot Act); has used the IRS to target political opponents; and allowed a U.S. ambassador to be killed in Libya for purely political reasons.

Now comes word that a State Department official may be guilty of "selling visas for sex and money in what may have been a massive human trafficking operation," The Daily Caller reports.


Want a visa? Pay me and sex me up

The State Department acknowledged last week that one of its officials is the target of a probe over "allegations of improprieties relating to a Consular Officer formerly assigned to Georgetown, Guyana" without providing further details. Local media are also claiming the official, who was recently withdrawn from normal duties pending completion of an official investigation, associated with drug lords as part of his visa scam.

The report said the scandal evolved as executives and tourists alike complained their visa applications were being delayed, and local media outlets began reporting that one visa official had been demanding bribes and sexual favors in exchange for approving the visas.

"The Daily Caller has identified the suspect as Edy Zohar Rodrigues Duran, formerly of Mission, Texas, and currently living in Falls Church, Va.," the website reported.

Apparently Duran was eventually removed from his position in Georgetown, the capital of Guyana, in June - months shy of his scheduled departure date of September 2013, said Mark A. Benschop and Julia Johnson, a pair of Guyanese journalists who agreed to speak with the DC from Guyana.

The DC said it wasn't clear whether the State Department employee was fired or whether he was simply placed on administrative leave. That said, the website reported that Duran has created a dating profile in which he says he is looking for employment in the Falls Church area (a quick check of the URL identified in The DC story by Natural News discovered that the account has since been closed).


A bid to keep things quiet...

A subsequent report in the Guyana Observer News said Duran has been "accused of selling visas to many corrupt businessmen [and] drug dealers ... for as low as US$15,000." It added: "The Feds have not stumbled on concrete evidence on the issue of money for visas, but sufficient evidence on the sex for visas." That report is here.

In addition, Agence France Presse reported in early July that the U.S. embassy there was "investigating allegations that a consular officer who worked at the post was selling visas for thousands of dollars."

Quoting a Guyanese official the AFP reported that Duran "had negotiated to sell visas for as much as $40,000, using a popular restaurant and bar in Georgetown, the capital of this former British colony, to seal the deals." The report also said that Duran would sometimes travel to neighboring Suriname, which is a frequent stopover destination for Chinese migrants heading to the U.S.

"The embassy wanted a hush-hush on this whole affair," Benschop, a radio host and publisher of the Observer, told The DC. Duran was "demoted from the marriage and visa section and placed in a warehouse far away from the embassy. His tour of duty would have come to an end in September. All of these things caused eyebrows to be raised."

Email ThisBlogThis!Share to TwitterShare to FacebookShare to Pinterest
Labels: corruption