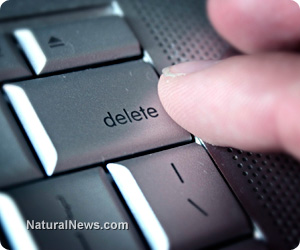 Before and after his first campaign for the White House, Barack Obama promised the American people that his administration would be the most open and transparent in the nation's history.


"My Administration is committed to creating an unprecedented level of openness in Government," says a memo Obama sent to the heads of his executive departments and agencies. "We will work together to ensure the public trust and establish a system of transparency, public participation, and collaboration. Openness will strengthen our democracy and promote efficiency and effectiveness in Government."

Of course, five years and several scandals later, Obama's administration has been anything but "open" and "transparent." The president's record of transparency isn't just muddled, it's pathetic.

Well, they were only campaign promises - right?

"Obama is the sixth administration that's been in office since I've been doing Freedom of Information Act work. ... It's kind of shocking to me to say this, but of the six, this administration is the worst on FOIA issues. The worst. There's just no question about it," said Katherine Meyer, a Washington lawyer who's been filing FOIA cases since 1978, in an interview with Politico in March 2012. "This administration is raising one barrier after another. ... It's gotten to the point where I'm stunned - I'm really stunned."

In addition to throwing up roadblocks to FOIA requests, in which government lawyers aggressively fight them, sometimes at the president's direction, this administration has launched unprecedented assaults against whistleblowers, which many American journalists believe is aimed primarily at those who leak national security details (even if those details, as in the case of former NSA analyst Edward Snowden, involve unconstitutional behavior on the part of the federal government).

How bad is it? Remarked ABC News correspondent Jake Tapper to White House Press Secretary Jay Carney last year, "There just seems to be a disconnect here. You want aggressive journalism abroad; you just don't want it in the United States."

What's going on? Didn't Obama sign into law a measure expanding whistleblower protections for some government employees in November? That law, The Wall Street Journal reported, "known as the Whistleblower Protection Enhancement Act, expands protections for federal workers who blow the whistle on misconduct, fraud and illegality."

Well, yes, but the law wasn't all it could have been, critics said.

"The bill contains important reforms, but federal employees still lack most of the basic rights available to whistleblowers in the private sector," Stephen Kohn, executive director of the National Whistleblowers Center, told WSJ in a statement.

What is even more puzzling is this development. According to Techdirt.com:

The folks from the Sunlight Foundation have noticed that the Change.gov website, which was set up by the Obama transition team after the election in 2008 has suddenly been scrubbed of all of its original content. They noted that the front page had pointed to the White House website for a while, but you could still access a variety of old material and agendas...read more