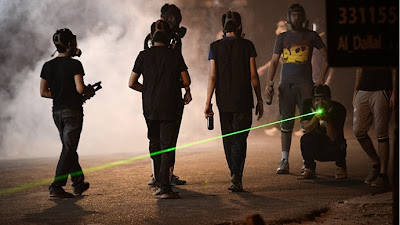 
A policeman was also wounded after being shot by a homemade gun.
The protests, which erupted late Thursday and lasted until the early hours of Friday, were called by the opposition February 14 Coalition youth group, according to witnesses cited by AFP.

“We will remove you [King] Hamad,” was reportedly the banner slogan issued by the group to rally protesters against the Sunni monarch.

Activists said that dozens were injured in clashes as police responded to protests by firing birdshot. Meanwhile, the Bahraini Ministry of Interior posted on Twitter that “security forces confronted a terror group” near Manama, and that a policeman was wounded after being shot with a homemade gun. AFP quoted witnesses confirming both the police fire and the shooting, but said that an official list of casualties was not immediately available. 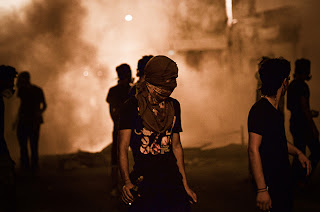 Demonstrators have repeatedly clashed with security forces since the start of protests against the Sunni dynasty. The demonstrations have not ceased, despite a 2011 crackdown backed by Saudi-led Gulf troops.

The Bahraini government has often referred to protesters – mostly Shiite Muslims - as “terrorists,” and recently used a car bomb explosion outside a Sunni mosque as a pretext to ban the opposition protests in several Shiite villages.

At least 80 people have been killed in Bahrain since the uprising began, according to the International Federation for Human Rights.