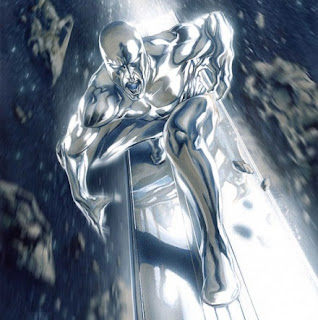 Have you heard of a ‘miracle’ product known as colloidal silver?

Both the medical establishment and Big Pharma have put silver medical products to work in hospital equipment and medical tools as well as anti-infection burn remedies to prevent MRSA (Methicillin-Resistant Staphylococcus Aureus) infections, which are potentially lethal and have become antibiotic resistant.

The difference between their medical products and colloidal silver is patent rights that yield royalties for several years. Colloidal silver can be made by anyone with inexpensive equipment and it can’t be patented.

As of January 2009, the EU has banned colloidal silver manufacturing in its European member nations. Whenever Codex Alimentarius gets “harmony” compliance from the USA, the same will happen here.

So now is the right time to stock up and try it yourself or buy a kit permitting you to make it yourself indefinitely.

Many consider colloidal silver an antiseptic and not an antibiotic because it kills more than bacteria; it destroys viruses and eliminates fungal infections. So far, bacteria that are resistant to silver haven’t developed, while colloidal silver can destroy antibiotic-resistant pathogens, even the dreaded MRSA.

As a matter of fact, now the medical mafia has been covertly adding colloidal silver into antibiotics to conquer the super-bug strains that have developed immunity to those antibiotics. I say covertly because they aren’t talking too much about it!

Keep in mind that while antibiotics don’t touch viruses and fungus’s, colloidal silver eliminates them – making colloidal silver benefits incredibly useful. It eliminates anaerobic pathogens by destroying the enzymes that fend off oxygen molecules, thus oxidizing them to death.

Conversely, the silver nano-particles neutralize the minority of aerobic pathogens by disrupting their ability to use oxygen. This begs the question: will colloidal silver destroy friendly gut bacteria the way pharmaceutical antibiotics do? Some colloidal silver advocates claim it is so readily assimilated into the blood through the stomach and gut linings before it can linger in the lower intestines where our friendly bacteria mostly reside. Therefore,  it isn’t an issue. read more