Skip the Sleeping Pills, Go For Natural Nutrients for a Better Night's Rest 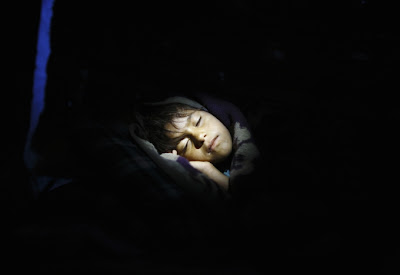 
Of course, skip those silly sleeping pills. Previous research has shown that not only are these guys harmful, they can actually cause some people to unexpectedly die.
Medical sleep aids can be habit forming and if you're mixing them with alcohol, either for recreational use or to really hit the hey as soon as possible, they really could indeed kill you.

So whether it's Ambien or Lunesta, studies have all linked taking these drugs, even on occasion, to a higher risk of premature death.

For  Brian Epstein, the Beatles' manager, alcohol and sleeping pills were the cause of his death in 1967. And others who have graced the limelight, including more private figures, have fallen victim to the side effects of the drug and it's enhancement with alcohol and or other medications.

And obviously there's a complete difference between those who are abusing prescription medications and wanting to seriously indulge in a good night's rest. However, previous studies show that as prescription sleep aids are habit forming, they can be addictive and many may turn to abusive behavioral activities such as increasing dosage or using other added medications when the original medication no longer functions to the same effect as it once did.
Fortunately, three distinct nutrients, including magnesium, potassium and vitamin D can all play a critical role in helping you get a good night's sleep with a good amount of energy throughout the day.

According to Live Science, magnesium can play a critical role in the bodily function that regulates sleep. As insomnia can be one of the symptoms of magnesium deficiency, it's important to have a regular intake of this mineral, which can also be found in dark leafy greens, pumpkin seeds, sesame seeds and Brazil nuts, beans and lentils. And even some types of fish.
Potassium helps those who have trouble sleeping through the night and is available in pill form.

It's also found in high concentrations in bananas, beans, leafy greens and baked potatoes.
Lastly, get some sun exposure, and you're sure to have a healthy dose of good old Vitamin D. This helps prevent excessive sleepiness during the day time. However, there are also supplements for this, too. And swordfish, salmon, tuna and fortified foods are also known to be heavy with this nutrient.