Every picture you take is secretly encoded with your GPS location 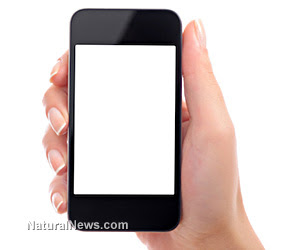 If there is one thing you need to remember at all times in the Electronic Age, it is that privacy no longer exists.

If taken with a smartphone - as many photos these days certainly are - then the government, as well as ordinary folk (including those who mean you harm) can use metadata embedded in that photo you just tweeted or posted on Facebook to find out your exact coordinates. That includes where you live, if that's where you sent or posted the photo from, according to a new investigative report by McClatchy Newspapers:

The GPS location information embedded in a digital photo is an example of so-called metadata, a once-obscure technical term that's become one of Washington's hottest new buzzwords.

The word first sprang from the lips of pundits and politicians earlier this month, after reports disclosed that the government has been secretly accessing the telephone metadata of Verizon customers, as well as online videos, emails, photos and other data collected by nine Internet companies.

In the wake of revelations that the NSA has been collecting all of that metadata, President Obama has sought to assure us that "nobody is listening to your phone calls." Other government officials compared the collection of such data to - no kidding - "reading information on the outside of an envelope, which doesn't require a warrant," McClatchy reported.

Sure. But privacy experts say these are not reassurances at all. They say that anyone who knows how to mine metadata understand it can reveal so much more about us and how we live our daily lives than other forms of communication.


Metadata is, essentially, all your information

What is metadata, exactly? McClatchy explains:

Simply put, it's data about data. An early example is the Dewey Decimal System card catalogs that libraries use to organize books by title, author, genre and other information. In the digital age, metadata is coded into our electronic transmissions.

"Metadata is information about what communications you send and receive, who you talk to, where you are when you talk to them, the lengths of your conversations, what kind of device you were using and potentially other information, like the subject line of your emails," Peter Eckersley, the director of technology projects at the Electronic Frontier Foundation, a digital civil liberties group, told the newspaper group.

He went onto say that powerful computer algorithms are capable of analyzing metadata to profile individuals and learn their patterns.

How's that for breaching your privacy? So government doesn't have to listen to your conversations; it can learn pretty much all it wants to learn from the pics you post, tweet or otherwise send out over the invisible wireless networks.

"That's certainly enough to know if you're pregnant or not, what diseases you have, whether you're looking for a new job, whether you're trying to figure out if the NSA is watching you or not," said Eckersley, the latter a reference to the NSA. That kind of info provides "a deeply intimate window into a person's psyche," he noted.

So, the more we rely on our smartphones, the more metadata we make available to build our profiles.


Metadata can identify gun owners too

Karen Reilly, the director of development for The Tor Project, an American non-profit group that makes technology designed to provide online anonymity and skirt censorship, said metadata can even identify you as a gun owner.

"Never mind background checks, if you bring your cellphone to the gun range you probably have a gun," she said.

"People don't realize all the information that they're giving out," she added. "You can try to secure it - you can use some tech tools, you can try to be a black hole online - but if you try to live your life the way people are expecting it, it's really difficult to control the amount of data that you're leaking all over the place."

Think about this the next time you snap a pic with the iPhone or other smart device and send it out to a friend. You're actually sending it out to a world of metadata thieves, a group that includes, as we now know for certain, the federal government.

Sources for this article include: