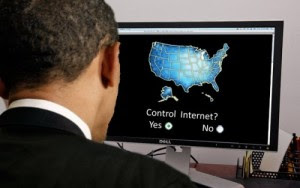 After the initial surge of web traffic to alternative news websites following The Guardian breaking the NSA spying story, traffic has slowed considerably despite the continued interest in the NSA story as well as other alternative headlines.


This dramatic drop in traffic may be due to broad censorship by the Department of Defense on “millions of computers”.

What began as a rumor that the military brass was ordering soldiers not to view news about the whistleblower revelations that the NSA is spying on all Americans has swelled into a confirmed military-wide censorship campaign using a high-tech computer filtering system.

The US News and World Report is reporting that the DoD is blocking access to all articles related to the NSA scandal from all DoD computers. The filter reportedly effects millions of computers and potentially thousands of alternative news and civil liberties websites.

According to U.S. News:

The Department of Defense is blocking online access to news reports about classified National Security Agency documents made public by Edward Snowden. The blackout affects all of the department’s computers and is part of a department-wide directive.

“Any website that runs information that the Department of Defense still considers classified” is affected, Pentagon spokesman Lt. Col. Damien Pickart told U.S. News in a phone interview.
According to Pickart, news websites that re-report information first published by The Guardian or other primary sources are also affected.

“If that particular website runs an article that our filters determine has classified information… the particular content on that website will remain inaccessible,” he said.
Pickart said the blackout affects “millions” of computers on “all Department of Defense networks and systems.”

This is perhaps one of the most shocking displays of blatant censorship in the history of the United States. The idea that classified information should still be treated as “off limits” to regular military personnel after its broad release to the public makes no sense.

Unless, of course, they don’t want soldiers learning the truth about what their government is doing for fear that they may recognize who the true enemies of the Constitution are.

Or this may simply be a beta test of the government’s technical capability to filter Internet traffic away from certain news stories and the websites that carry them.

In either case, this should be a HUGE story in itself.  Draconian Internet censorship has finally arrived in a big way.