They 'Will Lie, Trick, and Deceive' 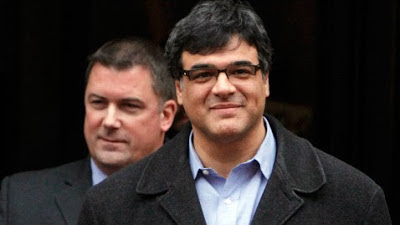 Jailed CIA Whistleblower's Advice to Snowden
'Don’t make the same mistakes that I made,' says John Kiriakou from behind bars


Former CIA officer John Kiriakou—currently serving a 30-month sentence for blowing the whistle on the systemic use of torture within the agency—penned a public letter of support and advice for Edward Snowden from his Loretto, Pennsylvania prison cell.

In the handwritten note—published by FiredogLake Tuesday—Kiriakou declares his admiration for Snowden's leaking of documents detailing NSA spying programs.

"Thank you for your revelations of government wrong-doing over the past week. You have done the country a great public service," Kiriakou writes.

From one whistleblower to another, Kiriakou shares his own lessons in best practices when facing severe crackdown, which in Snowden's case has led to an international manhunt. Kiriakou explains, "I wanted to offer you the benefit of my own whistleblowing experience and aftermath so that you don’t make the same mistakes that I made."

His 'most important' advice? Never, ever cooperate with the FBI. Kiriakou—who is a former FBI employee—instructs Snowden:

DO NOT, under any circumstances, cooperate with the FBI. FBI agents will lie, trick, and deceive you. They will twist your words and play on your patriotism to entrap you. They will pretend to be people they are not – supporters, well-wishers, and friends – all the while wearing wires to record your out-of-context statements to use against you. The FBI is the enemy; it’s a part of the problem, not the solution.

He also urges Snowden to find good legal representation and build infrastructure for international support campaigns, including a website. Furthermore, Kiriakou suggests that Snowden seek the support of 'prominent' groups and individuals, including supporters in Congress, as well as the American Civil Liberties Union and the Government Accountability Project.

Kiriakou, who worked for the CIA from 1990-2004, stepped forward in 2007 as the first CIA employee to acknowledge agency-wide practices of using torture, including waterboarding and other brutal tactics. He was sentenced for allegedly leaking the name of a CIA employee to a reporter, but Kiriakou and his supporters say he was really punished for blowing the whistle.

“In truth, [my prison sentence] is my punishment for blowing the whistle on the CIA’s illegal torture program and for telling the public that torture was official U.S. government policy,” he wrote in a previous letter from prison. “But that’s a different story.” 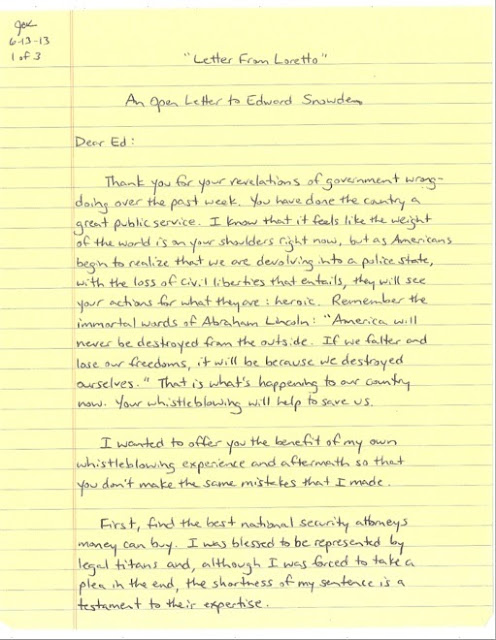