How to Survive a Disaster 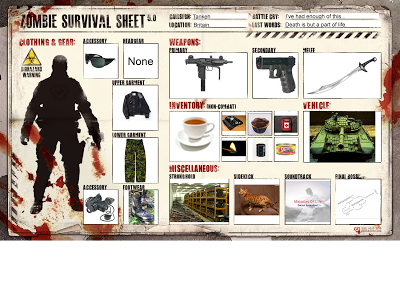 Survivalism expert Jim Rawles discussed what we can do to prepare for disasters and catastrophes, particularly in the case of the power grid being knocked out.

[full interview on Coast2Coastam with George Noory below]

The greatest threat we face is from socioeconomic collapse, which could be triggered by mass inflation, leading to the dollar becoming worthless, he said. While the US has had local and regional disasters, we've never had a national event, such as an EMP attack or huge solar storm that would take down the entire grid. People need to be prepared and learn self-sufficiency in the event of such an outcome, he advised, adding that if there's severe damage to the power grid it could take years to restore service.

One of the most important things for preparation is a water filtration system-- "If you don't have water within 24 hours, you're going to be a refugee," he said. People in northern climates also have to consider heating issues, such as having a working fireplace and expedition-quality sleeping bags. He recommended that people have up to a three-year supply of food-- one year for themselves, and the rest to give to charity. Interestingly, he also suggested stockpiling nickels. In contrast to other current coins, the 5 cent pieces are made from copper and nickel, and may at some point in the future have some utility for barter, he said.

Low cost training options (such as through the Red Cross) can put you and your family ahead in your chance for survival, as well as joining local volunteer Fire Departments or ham radio clubs, where you can learn about the community and make important contacts, he continued. Rawles also suggested making a 'List of Lists': separate sheets of paper with various headings such as Food, Medicine, Self-Defense, and Communication; each page would have a list of topics they need to address for self-sufficiency.

Jim Rawles has been an enthusiastic survivalist since his teenage years. He is now a survivalist author and lecturer and the editor of www.SurvivalBlog.com. He is a former U.S. Army intelligence officer who held a Top Secret security clearance (with Special Background Investigation) and access to Sensitive Compartmented Information (SCI).

Email ThisBlogThis!Share to TwitterShare to FacebookShare to Pinterest
Labels: survival