Brain Researchers Find a Link Between Sound and Fear 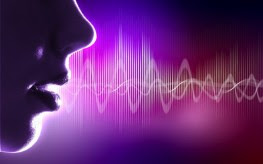 Those who have been through combat know that post-traumatic stress disorder (PTSD) can be triggered by sounds as benign as thunder, taking them back to experiences on the battlefield that would rather be forgotten.


The same is true of others who have been through trauma – deep emotions can be set off by sounds that are non-traumatic in their essence, but result in feelings of great fear or anxiety. Until now, scientists didn’t know what caused this in the brain.

A team of researchers at the Perelman School of Medicine at the University of Pennsylvania has discovered how sound can be translated in the brain and distorted to dredge up fearful emotions. The senior author of the study, which was published in Nature Neuroscience, Maria N. Geffen, PhD, states: “Emotions are closely linked to perception and very often our emotional response really helps us deal with reality.”  This also means that emotions can alter our experience of reality. She goes on to say:

“ . . .the fear response helps you escape potentially dangerous situations and react quickly. But there are also situations where things can go wrong in the way the fear response develops. That’s what happens in anxiety and also in PTSD — the emotional response to the events is generalized to the point where the fear response starts getting developed to a very broad range of stimuli.”


To break down what happens in the brain, what we hear is attached to our emotions through the auditory cortex, a part of the brain that mitigates auditory plasticity. Utilizing mice to investigate how hearing different frequencies were linked to emotional learning, or Pavlovian conditioning, scientists observed what happened in this particular area of the brain. The mice were observed to see how certain sounds would cause them to have a particular emotional response when repeatedly exposed to a sound that was either ‘safe’ or ‘potentially dangerous.’ The scientists in charge of the study, Mark Aizenberg, PhD and Geffen, designed a series of tasks meant to teach increasing levels of emotional discrimination.

What became interesting while observing the rats as they responded to the scientists’ experiments was how their emotional perception affected their ability to hear properly. A direct link was established through this observation, to the connection of sound and perception of the world. This has not been previously documented in other studies.

“The animals presented with sounds that were very far apart generalize the fear that they developed to the danger tone over a whole range of frequencies, whereas the animals presented with the two sounds that were very similar exhibited specialization of their emotional response. Following the fine conditioning task, they figured out that it’s a very narrow range of pitches that are potentially dangerous.”

All of this was mediated by the auditory cortex. While the specific of emotional learning originate in the amygdala, and sub-cortical areas of the brain, Geffen explained how their hypothesis is that amygdala and cortex alter “subcortical auditory processing areas”. She said that the sensory cortex, while responsible for the changes in frequency discrimination, is not necessary for the development of emotional responses. This is a puzzle.


Studies will now be aimed at understanding exactly how the emotional learning takes places in victims of PTSD, where generalized fear is the norm. Once the link between auditory plasticity and generalization of fear is understood more fully, it might be possible to retrain the brain to be more fearless with a different set of sounds, or new emotional programming.